Status: SNM is in an assisted living facility in Bellevue, NE. 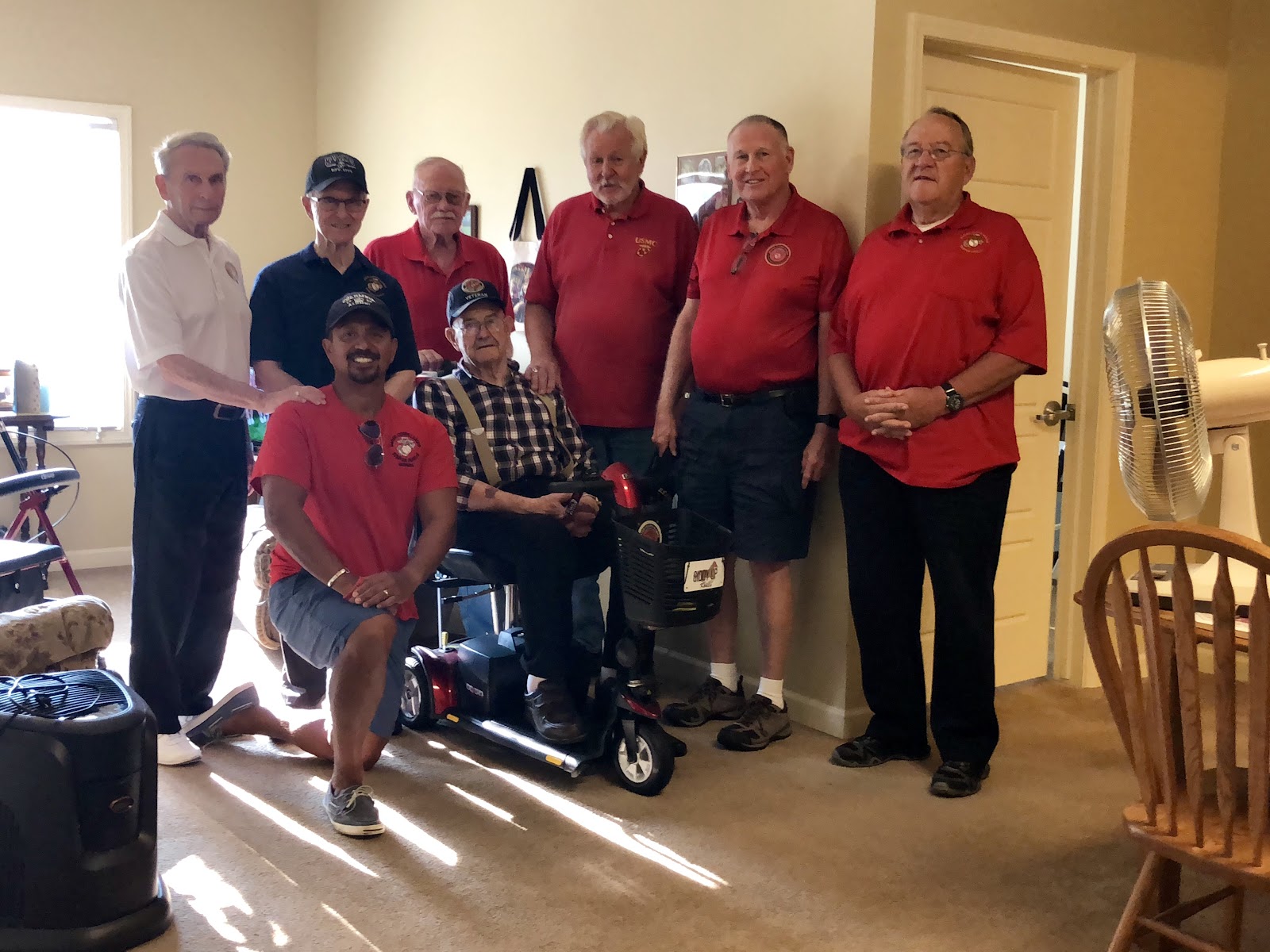 We met Bill on his way to the annual Offutt Air & Space show. Needless to say, Bill was easily identifiable amongst the show-goers. Adorned with a Marine Corps Vet cover, Bill could be seen anxiously maneuvering his scarlet red motorized scooter through a crowd of show-goers in order to reach his fellow Marines. The way he navigated through the crowd was reminiscent to the times when Marines would yell out, gangway! Marine coming through! Now that's an introduction.

Likewise, members of the Greater Omaha Detachment Marine Corps League were just as eager to meet a fellow brother-in-arms. Bill invited us to his room and gave us a snapshot of his experience while in the Corps. His recollection of his experiences came under a soft and at time inaudible voice, however we were drawn in, trying to capture every word, but it was his smile that told the story. In 1948, Bill enlisted in the Marine Corps at the tender age of 16. After basic training, Bill was given the MOS of Motor Transportation in Camp Pendleton. At the start of the Korean War in 1950, Bill was deployed to South Korea were he participated in the Battle of Pusan Perimeter transporting troops to the frontline. After the successful campaign, Bill was transferred to Inchon in preparation to push the North Koreans off the peninsula. However, the brutal winter of 1950 ended Bill's tour in Korea by way of frostbite.

It is important to note that burrowed between the epoch of the Greatest Generation and the controversial Vietnam War comes an important generation of warriors from the Forgotten War (Korean War). Marines of every generation must continue to remember them and tell the story. It is Marines like Bill Sobbings that proudly contribute to our illustrious Marine Corps history. We are thankful to have met Marine Bill and this small gesture embodies the immortal epitaph Once a Marine, Always a Marine.